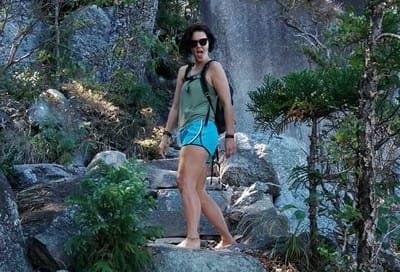 Amy is awesome and insightful, and like many people on here I barely know her having spent a grand total of about 3 hours together where I enjoyed her generosity in the form of a peanut butter sandwich and a coffee.... I'll get you back on that one day! In that meeting and in talking online since, it's clear that her confident approach to life leads her towards so many enjoyable and enlightening experiences and her introspective reply to the happiness diaries reflects that.

END_OF_DOCUMENT_TOKEN_TO_BE_REPLACED 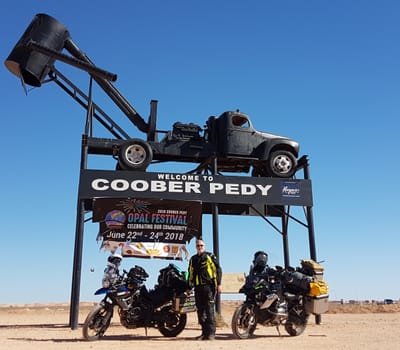 Malcolm is a fellow motorbike adventurer that I met in a campground on the way between Adelaide and Yulura, the middle of nowhere essentially. Also travelling alone he was at the beginning of a very arduous trek through some very remote routes around central Aus by himself on his BMW GS1200.

END_OF_DOCUMENT_TOKEN_TO_BE_REPLACED 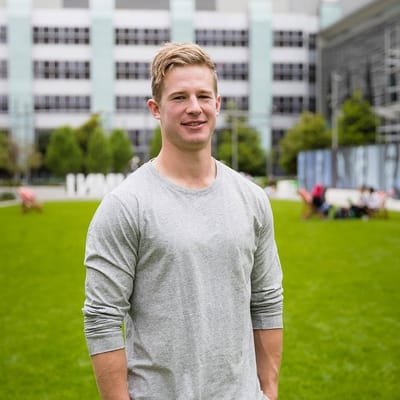 Mitch is one of the athletic trainers for the Australian men's Rugby 7's team and is in process of completing his PhD in Physical Sciences. Easygoing and driven, Mitch is always a delight to be around thanks to his massive and infectious grin, and this constant throaty laugh. Mitch has one of the most interesting diaries to date, might start off a little off-beat but he really opens up, this is a must read!

END_OF_DOCUMENT_TOKEN_TO_BE_REPLACED 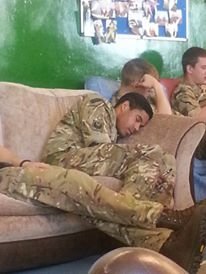 Carlos is formerly of the UK armed forces, having moved into property development when his service time came to a close. After some time building a life in England, he realized that now was the best time to explore the world, got a working holiday permit for Australia and began work on solar farms while exploring all the country has to offer. Extremely motivated to succeed, he has moved into a very different career: attempting to build a life and fitness coaching business.

END_OF_DOCUMENT_TOKEN_TO_BE_REPLACED 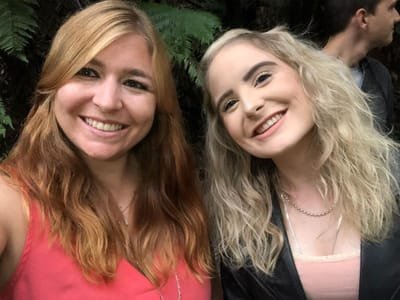 If there's anyone I've met thus far that definitely deserves to catch a break, its Jacy. After a rebellious adolescence, she ended up joining the Army which helped her find some structure in life at the cost of witnessing the horrors of humanity first hand. Once free from the army, she found herself trapped in an abusive relationship. Once free from that, she bounced around the world (UK, USA, Canada...) looking for direction, that never really was found. A survivor who has battled depression and what I can only assume is PTSD, Jacy has gotten herself into a good place and is growing into finding where she wants to be.

END_OF_DOCUMENT_TOKEN_TO_BE_REPLACED 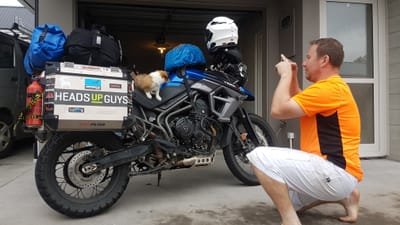 David is the man that saved my bacon and lent me camping gear after mine was stolen in Napier.... Yes this man is so generous he gave a complete stranger off the internet his full set of camping gear and said 'bring it back in a few weeks when you're done'. Originally from Ireland, David and his wife to be have been in Christchurch for the last while and are in the midst of planning a wedding... sort of.

END_OF_DOCUMENT_TOKEN_TO_BE_REPLACED 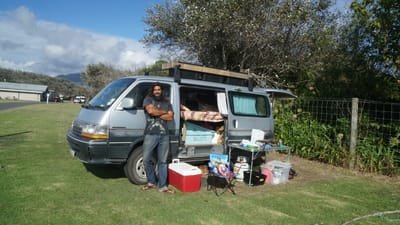 Chase is an intelligent and hardworking Californian that has, pun intended, chased down happiness with his fiance. Together they have been traveling throughout New Zealand in a van enjoying the many wonders that the world has to offer, and taking the time to think about what exactly they want and need from life, and what the right things are to be chasing in life.