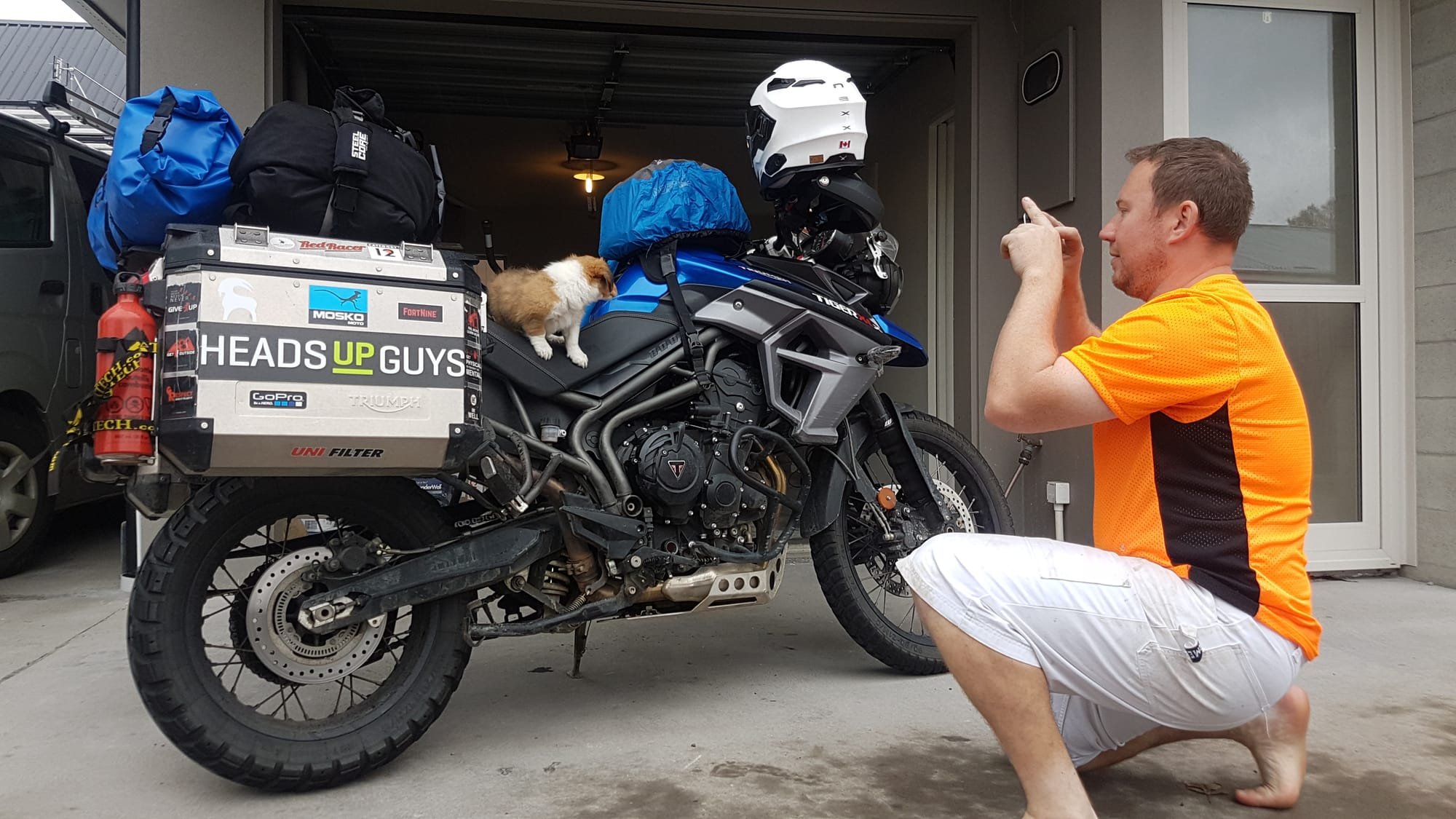 Happiness to me actually means helping people! I get the most enjoyment from helping others. It is great to see someone benefit from something I have been involved with.

David is the wonderful man who lent me camping gear for my month around New Zealands south island after reading a shared Facebook post about my things being stolen… a true indication of the level of compassion he has. He's the type of man who sees a homeless man abusing a dog, and buys that man a case of beer in exchange for the dog. From Ireland, he’s been in Christchurch for about 5 years working as a plasterer in the massive construction boom that is the rebuild of the city. David has recently begun picking up adventure riding with a relatively recent purchase of a BMW 650.

My trip around the south island would have been vastly different if it weren’t for David’s generosity… several stops that required camping due to my not booking ahead would have had to be cut (like Stewart Island). When I first stopped by to meet him and pick up the gear, and when I stopped by to drop it off at the end of the trip, I thoroughly enjoyed chatting to David about the world. Be it his dog (or the tiny puppy he was looking after), the current state of his football club (the first Gaelic football club in the world to be sponsored by a gentleman’s establishment), the vast amounts of trails to ride near him, the various motorcycle gear we’ve been using (you can thank me later for another customer moskomoto ;)), the wedding he’s avoiding planning, and everything in between. Him and his wife are honest, hardworking, generous people - and I can’t wait to see the pictures when the wedding finally does happen!